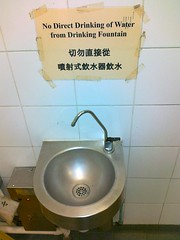 Here are a few product review posted today from other blogs we follow.

Not even SPAM lovers eat SPAM Lite. (via Probably Edible)

Skewered grilled chicken in a can from Japan sounds awful. Unless you love cheeseburger in a can. (via Japanese Snack Reviews)

I thought Brazil was only know for soccer, pubic hair waxing, exporting supermodels and having the largest Japanese population outside of Japan, but it’s apparently also known for guarana. (via Possessed by Caffeine)