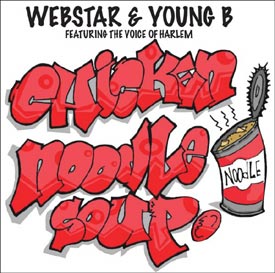 (Editor’s Note: Before I begin this review, I think it’s necessary for you to hear a 30 second sample before reading the rest of this review, because I don’t know how many of you have listened to this song. So click here to hear the sample.)

Today, I’m going to explain the anatomy of an annoyingly catchy song.

There are various things that musicians and album producers do to turn a horrible song into something that becomes mentally tattooed on our brains. It’s sort of like how aerosol potpourri sprays cover up that massive dump you just took in the bathroom after eating a hearty steak dinner.

The potpourri spray smells good at first, but if you hang around the bathroom too long, the crappy smell returns. In the case of the annoyingly catchy song, it sounds good at first, making you want to shake your ass, but after you’ve listened to it for a while, you realize how crappy it truly is and you regret spending the 99 cents for it at the iTunes Store. It’s so crappy that you wouldn’t even bother downloading the torrent for it.

If there’s one thing that makes an annoyingly catchy song memorable, it’s repetition of lyrics. Just like learning the multiplication table, the periodic table, mixed drinks, and putting the toilet seat down for the ladies, repetition has always made it easier to remember things, like song lyrics, even if you don’t want to.

For some adults, listening or watching The Wiggles or Barney the purple dinosaur causes quick channel changing, violent shaking of televisions, uncontrollable crying, and impromptu games of Russian Roulette. It also makes some parents wonder if having to tolerate The Wiggles or Barney was worth having children.

However, with young children they are very successful because those crazy colorful Australians and that frickin’ big ass purple dinosaur make children want to dance. Annoying catchy songs do the exact same thing in the clubs or in your car. But then again, there’s lots of alcohol at any club, and if alcohol has the power to make me look good to women at a club, it also has the power to make a song ass-shakeable, no matter how stupid the lyrics are.

What also helps make a song ass-shakeable is the use a sound effect repeatedly in the beat. A lot of hip-hop producers weave police sirens into their beats, which on several occasion have caused me to look in my rear view mirror to see if I’m being pulled over or if I need to make way for an ambulance. In the Chicken Noodle Soup song, there’s an air raid siren which just doesn’t want to stop in my head, even when the song is over.

3. Have lyrics and a title that make no sense at all, and if possible, relate it to food.

“My milkshake brings all the boys to the yard?”

“Chicken noodle soup with a soda on the side?”

Monkeys with typewriters could probably come up with better lyrics than these annoyingly catchy songs, if monkeys had the ability to form words, sentences, paragraphs, and knew how to work a QWERTY keyboard.

But history has shown that crazy lyrics that are repeated over and over again, have references to food, and have an ass-shakeable beat with them equals annoyingly catchy goodness and eventually a reference on Family Guy.