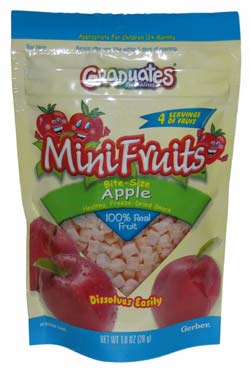 There was a time in my life that I wanted to be an astronaut.

There was also another time in my life that I wanted to participate in the Vagina Monologues and express my love for vagina, but that’s for another review.

If you’ve never had freeze-dried ice cream, it’s like eating chalk, except in Neapolitan flavors and you aren’t forced to ride in a short yellow bus to school, like you would if you ate chalk.

At night, I would go outside, lay on our driveway, stare at the thousands of stars in the sky, and imagine that I was in outer space and a part of the Mile High Club, which meant something totally different when I was ten years old.

To prepare myself to be an astronaut, I hung upside-down from the monkeybars to experience weightlessness, I jumped up and down on an exercise trampoline to simulate what jumping on the moon would be like, and had my body buried in sand at the beach to experience what g-forces felt like.

I also practiced my cool astronaut tag line if I landed on the moon, “Houston, I’m stepping on the cheese and I’ll cut it later,” which I thought at the time was waaay better than, “That’s one small step for man, one giant leap for mankind.”

However, my dream to become an astronaut ended when I learned that I could purchase packs of freeze-dried ice cream from a local museum for two dollars each and that my cool astronaut tag line was lame because the moon was less like cheese and more like the face of a pubescent boy whose balls have just dropped.

Since then, my taste for freeze-dried ice cream has been replaced by the freeze-dried marshmallows found in Lucky Charms and Count Chocula.

Recently, my freeze-dried food choices became slightly more expanded thanks to the Gerber Graduates Apple Mini Fruits, which are made from 100% real fruit, contain no preservatives, made for children 12 months or older, and make my hands look huge.

Each bag contains four servings of fruit. However, I don’t know if baby servings and adult servings are different. Even if they are, I got both bases covered, because like most babies, I enjoy sucking on a pacifier once in awhile, and like most adults, I’m potty trained and can watch Rated-R movies.

Just like M&Ms, the Gerber Graduates Apple Mini Fruits melt in your mouth and not in your hands. They have an apple taste, which they should since they’re made from real apples, but the apple flavor isn’t as strong as eating an actual ripe apple.

Or sucking on an apple Jolly Rancher.

Or sucking on a bottle of apple schnapps.

Another thing about the Gerber Graduates Apple Mini Fruits, at 25 calories per serving, they could possibly help you lose weight and help make you as thin as Kate Moss, except without the cocaine use.

Item: Gerber Graduates Apple Mini Fruits
Purchase Price: $2.00 (on sale)
Rating: 7 out of 10
Pros: Low calorie. Made from 100% real fruit. No preservatives. Comes in resealable bag. Freeze-dried ice cream. Melts in your mouth and not in your hands.
Cons: Light apple flavor. Small servings for adults. Never was able to use my astronaut tag line. Never joined the Mile High Club.