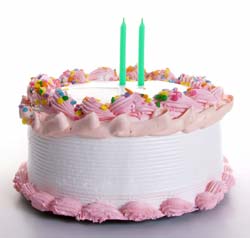 (Editor’s Note: I thought with it being The Impulsive Buy’s second anniversary today, I would take the time to let you know more about The Impulsive Buy via an interview with someone who knows me quite well. As a matter of fact, I’ve slept with this person so many times that this person knows the ins and outs about me, The Impulsive Buy, and a couple of sexual position that I cannot physically explain without dislocating something. The person I’m talking about is…myself.)

Marvo: First off, let me congratulate you on reaching the two year milestone at The Impulsive Buy.

Marvo: Thanks, it’s been an awesome two years.

Marvo: So let’s start at the beginning.

Marvo: How did The Impulsive Buy start?

Marvo: On a dark and stormy night, I was celebrating the fact that I was unemployed and my girlfriend broke up with me by eating a half gallon of ice cream and Salt & Pepper Pringles, while reading The Onion online. I was reading The Onion because I believe that humor is the bandage for emotional wounds, I was eating ice cream because I believe it is the aloe vera for emotional burns, and I was eating the Salt & Pepper Pringles because they were new. While I was eating the Salt & Pepper Pringles, all I could think about was how crappy they were, but at the same time I was trying to prevent myself from laughing while reading some story at The Onion. That’s when I had my “you’ve got your chocolate in my peanut butter and you’ve got your peanut butter in my chocolate” epiphany and decided to start up The Impulsive Buy.

Marvo: Where did the name “Marvo” come from?

Marvo: Well, as you probably know, my first name is Marvin and I shortened it to Marvo, thinking no one would read my blog. But people began reading and the name just stuck. Thank goodness I didn’t use my original Yahoo! account name, sexxxycollegeboy1993.

Marvo: Did you know that “Marvin” means “great lover of the ocean?”

Marvo: Yes, I did, but I’m not a big fan of the ocean. Also, I like to think of myself as a great lover…period.

Marvo: I believe all your ex-girlfriends would say differently.

Marvo: You’ve done 314 reviews so far, which one is your favorite?

Marvo: I don’t like to play favorites. I consider every single review to be like one of my illegitimate children from dozens of mommas. I sort of feel like Kevin Federline…Times twenty. I love every review equally, except the Rice Krispies Treats Kazaam Crunch review, which I wish I could drop off at an orphanage’s doorstep.

Marvo: So how are you going to celebrate the second year anniversary of The Impulsive Buy?

Marvo: I’ll probably be doing the same thing I did when it was born, eat a half gallon of ice cream, eat a can of Pringles, and cry my single lonely ass to sleep. Oh, also I’m going to have a frickin’ prize drawing. Booyah! Oh, wait. I mean, Yahtzee!

Marvo: What do you have as prizes for the Second Anniversary Prize Drawing? A date with you perhaps?

Marvo: A date with me would probably be the worst prize ever, because I would probably just take the winner to McDonald’s and only allow them to order stuff off of the Dollar Menu. Instead, three lucky Impulsive Buy readers will each receive a mystery box containing various products the Impulsive Buy has reviewed over the past two years. The contents of each box will vary.

Marvo: What do readers have to do to enter? Is there nudity involved?

Marvo: Thank goodness, no nudity…This time. To enter the Impulsive Buyâ€™s Second Anniversary Prize Drawing, just leave a comment for THIS post with whatever you want to say. Please make sure you fill out the email field because Iâ€™ll be emailing the winners for their mailing addresses. Donâ€™t worry about the shipping.

Marvo: Are you going to be a dick and not allow international entries?

Marvo: So how are you going to determine the winners?

I haven’t decided that yet. Although I could just do what I did last year.

Marvo: Well thanks for taking the time for this interview.

Marvo: Thanks for having me. Now if you’ll excuse me there’s a half gallon of ice cream and a can of Pringles with my name on them.