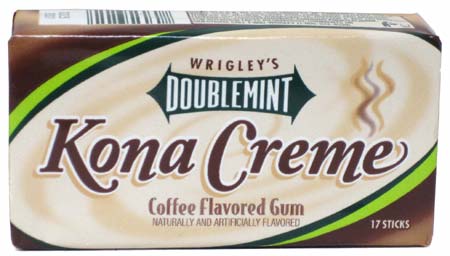 For many it’s a morning elixir or a liquid alarm clock, if you will.

I’m not a coffee connoisseur for several reason: I hate waiting in long lines at Starbucks and I hear hot coffee farts aren’t pleasant at all.

A co-worker once asked me, how I can be so cheery and perky in the morning since I don’t drink coffee. I told her that I’m high on life and look forward to every morning because it’s the beginning of a brand new day, full of experiences, wonder, delight, and sunshine.

After telling her this, she told me she hated me and then with a glimmer of animosity in her eyes, she took the lid off of her six dollar Starbucks espresso, had thoughts about throwing the scalding hot liquid at my face, but soon came to her senses, not because the hot coffee would burn me, but because she would be wasting a six dollar Starbucks espresso and would have to wait in a long line to get another.

Of course, what I told her wasn’t the truth, but I couldn’t tell her what really got me going every morning, which was either crack cocaine or lines of regular cocaine off of a passed out stripper’s ass.

I may not be a coffee drinker, but I seem to like coffee-flavored products, like ice cream and candy. I enjoy these products because they tend to be just like the way I like my women, artificially colored and flavored. Recently, I got to try the Wrigley’s Doublemint Kona Creme coffee flavored gum, which finally appeared on the shelves here after being announced earlier this year.

You would think that having the town of Kona on one of these rocks in the middle of the Pacific Ocean, would pretty much guarantee the Kona Creme gum being on store shelves here when it was introduced, but unfortunately that wasn’t the case.

For those who don’t know, Kona coffee is considered to be one of the premium coffees in the world and it comes from a little town called Kona, which is a tourist destination, much like Oahu’s Waikiki or Maui’s Lahaina, except significantly smaller and without any transvestite prostitutes.

Speaking of transvestite prostitutes, this Wrigley’s Doublemint Kona Creme gum is very much like one, because at first it was pretty good, but then after a little more chewing and digging it became something I didn’t expect…nor want…nor pay extra for.

When I first put it in my mouth it had a very good coffee flavor, which tasted much like other Kona coffee products I’ve tried. However, about a minute later that flavor turned into something I didn’t want to savor. It turned bad like it was Darth Vader and now I’m a Kona Creme gum hater and don’t really trust its creator.

Um, I’m not too sure why those last two sentences ended up rhyming.

But it might’ve been the cocaine.

Item: Wrigley’s Doublemint Kona Creme Gum
Price: 99 cents
Purchased at: 7-Eleven
Rating: 4 out of 10
Pros: Good coffee flavor while it lasted. Doing lines of coke off of a passed out stripper’s ass. Being high on life and looking forward to every morning because it’s the beginning of a brand new day, full of experiences, wonder, delight, and sunshine.
Cons: Flavor doesn’t last very long. When the flavor runs out, it tastes pretty bad. No caffeine. Transvestite prostitutes, unless you’re into them. Coffee farts. Long lines at Starbucks for expensive coffee. Won’t freshen breath.