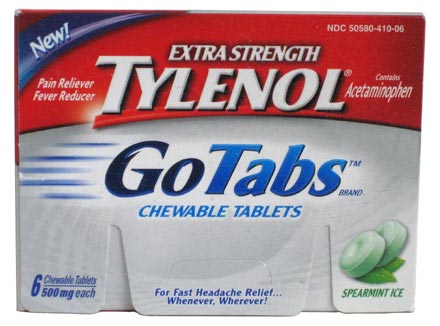 Do you suffer from headaches caused by your child’s desire to watch the same frickin’ Barney DVD EVERY SINGLE DAY and because of it the only thing you hear in your head during the quiet moments of your day is an internal verbal tapping of your forehead consisting of Barney singing the lyrics, “I love you. You love me. We’re a happy family. With a great big hug and a kiss from me to you. Won’t you say you love me too” in a seemingly never-ending loop which feels like those lyrics are being tattooed on the frontal lobe of your brain?

Or do you have menstrual cramps that are compounded by your boyfriend/husband/life partner’s inability to understand the pain and wave of emotions you’re feeling, their inconsiderate desire for a BJ to release their sexual tension since you’re not riding his boystick, and their total inability to realize that the chocolate they are too lazy to buy for you will help you cope with the pain?

You could let nature take its course and wait for the throbbing pain to subside, but just like all Mel Gibson-directed movies, natural healing can take a lot longer than we really want. Thank goodness for drugs, which can relieve pain quicker than liquor and in either pill, injectable, or enema form.

If you suffer from any of the aches and pains listed above, perhaps Tylenol GoTabs could be your tiny savior in chewable tablet form. Each of the Tylenol GoTabs has 500 milligrams of acetaminophen magic to temporarily dull the unpleasant sensations you have so that you don’t have to worry about the pain anymore and can concentrate on important things, like setting up an eBay listing for that frickin’ Barney DVD and sell it to some poor unknowing sucker who will experience the pain you went through.

Since they’re kind of inexpensive, you’ll think about adding a box of Tylenol GoTabs with the eBay listing to help with the pain the winning bidder will experience after a week of listening to a stupid purple dinosaur sing songs about manners and family, but you’ll give it a second thought and decide that the pain experienced will make the bidder a better parent and help them realize that perhaps the minivan with the DVD player in the ceiling isn’t the best idea.

Personally, Tylenol GoTabs helped me recently when I found myself as a passenger in a car driven by a fanatical tone deaf American Idol fan who likes to sing at the top of her lungs and has an iPod full of nothing but songs by anyone who’s appeared on the show, including William Hung. If you ever find yourself in that situation, two Tylenol GoTabs will help with the headache caused by their horrible singing and the pain you’ll experience when you jump out of their moving car to escape their horrible singing.

The two Tylenol GoTabs helped relieve my headache pain within twenty minutes, but not the nightmares of Carrie Underwood I’ve had since. Since they’re chewable I didn’t need to drink water with them, but I wish I did because they’re very chalky, like an equally-sized Tums antacid. Its minty flavor was much better than the bitterness of regular aspirins, but definitely wasn’t good enough to freshen breath.

So the next time you’re in the middle of nowhere and have muscular aches that are the result you trying to prove numerous consecutive times that you can do that Kid ‘n Play dance move that involves jumping over your leg with your other leg, but instead you end up tripping over yourself and falling on the hard floor time and time again, making Kid’s hi-top fade hairstyle drop and sag in disappointment, a couple of Tylenol GoTabs will help ease the pain, but not the shame.

Item: Tylenol GoTabs
Price: $2.00 (on sale)
Purchased at: Longs Drugs
Rating: 3 out of 5
Pros: Chewable. Minty. 500 milligrams of pain relieving goodness in each tablet. Portable. Kind of inexpensive. Relieves pain within 20 minutes. Getting rid of Barney DVDs on eBay. The sadistic joy you’ll receive from knowing someone is suffering from the Barney DVD you just sold them on eBay.
Cons: Barney. Only six tablets per pack. Barney. Chalky. Barney. Still need water to consume to get rid of chalkiness. Barney. Unable to relieve shame. Barney. An iPod full of nothing but songs by American Idol contestants and hopefuls. Barney. Menstrual cramps. Barney.