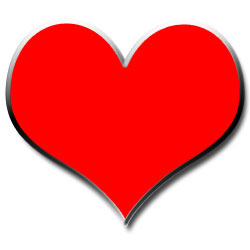 (Editor’s Note: Today’s review is sort of like a public service announcement, except with possible sexual references, maybe a couple of stale Ben Affleck or Clay Aiken jokes, use of the words “bodily fluids,” followed by adolescent giggles, and without the words “the more you know” or “knowing is half the battle.”)

Recently, I donated blood for the fifth time, which is more than the total amount of times I’ve sucked face or did the horizontal mambo. It was a last minute kind of thing because I felt with all the evil I’ve been up to, I needed to do some good in the world and feel warm and fuzzy inside.

So what evil have I done? Let me just say, “Every time you masturbate…God kills a kitten,” and I think I’m going to be the reason why Bob Barker stops telling people to get their pets spayed or neutered.

Anyway, I’ve only been donating for about a year and a half, because for a long time I was scared to donate blood. But I think a lot of people are scared for various reasons, like:

(1) They don’t like a needle being poked into their arm, unless it involves heroin.

(2) The sight of blood makes them faint or turns them into evil, hungry vampires.

(3) They fear a test of their blood sample will show that they’re the long lost Jackson family sibling named, Ragu.

Needles were the reason why I was scared to donate blood. I used to think extracting blood was a painful procedure done with unnecessarily long needles, which I imagined in my mind looked very similar to those used in acupuncture.

It took a coupon for a free pint of Baskin & Robbins ice cream that my local blood bank was offering to convince me to finally donate a pint of my blood. That first donation dispelled any beliefs I had about long needles and being turned into an evil, hungry vampire.

The entire process usually takes less than an hour, but the actual blood donation takes about five to eight minutes. Most of the time is spent filling out a questionnaire, having a short interview to find out if you qualify to donate, and checking out the cute blood donation technicians and wondering if the following pick up line will work, “Hey, baby! Wanna swap bodily fluids with me later?”

When it comes to inserting the needle into your body, it isn’t painful. It’s uncomfortable, but it’s not even close to being as bad as I-Saw-Grandma-Naked uncomfortable. If you want to know what it feels like, just pinch yourself hard somewhere on your inner arm for about two seconds, or let your sadistic lover wearing the leather mask do it for you.

Now I hate needles, so when they’re about to stick the needle into me, I turn my head away, like I do when I pass by panhandlers, homeless people, and women offering a good time for twenty dollars.

After they get the needle into your arm, you are given something to squeeze with your hand, like a stress ball, which helps pump the blood out. Although I really wish I had the option to squeeze the hand of one of the cute blood donation technicians or Lindsay Lohan’s boobs, just to find out if they’re real.

When they’ve tapped you for a pint, they’ll put a gauze bandage on your arm, tell you to rest for about five minutes, and give you something to drink, like water or juice, to help replenish the fluids you’ve lost. If they don’t offer you anything, call them “cheap bastards,” and get yourself something to drink and eat ASAP.

After you donate blood, you might feel a little lightheaded, but that’s just the warm and fuzzy feeling inside you, which is starting from your head and working its way down. It’s just making you feel good about yourself because the blood you just donated will probably help save another human being and not be used to feed vampires.