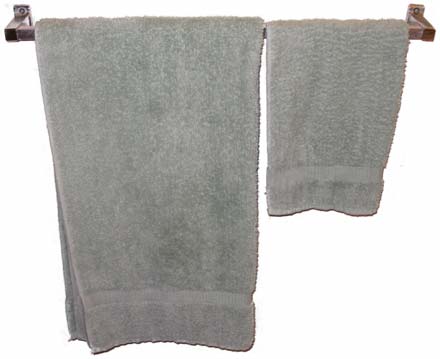 One of the great things about bath towels is the fact that they’re multi-taskers. However, most of you may not realize the multitude of things you can do with bath towels.

Most of us use them to dry ourselves off after coming out of the shower. However, homeless people use them as blankets, bullies use them to whip the nerd and geeks in the shower, and former presidential candidate Bob Dole uses wet bath towels to test his boner strength after taking Viagra.

A few months ago, I was in need of some new sets of bath towels, because my old sets were…Um, old. Let me put it this way, my towels were so old that the washing instructions on the labels had faded away.

At first, I felt uncomfortable about going bath towel shopping because it seemed like something you should do with that special woman. It’s on the same level as thinking about what you’ll name your kids, deciding to have either a joint or separate checking accounts, or deciding who will take the dominant and submissive roles in your sado-masochistic sexual fantasies.

Unfortunately, being the bachelor that I am, I couldn’t share this occasion with that special woman, but I really needed new towels.

The first place I went to look for bath towels was the Superstore-Behemoth-Which-Must-Not-Be-Named. They had a wide selection of towels, but I wasn’t sure if I was willing to pay $6 to $8 dollars for ONE FRICKIN’ towel.

They can sell DVD players for thirty dollars, but they can’t sell bath towels for four bucks? Rollback prices, my ass!

So I eventually ended up at Sears.

Yes, Sears. The same Sears that has brought us Craftsman tools, Kenmore appliances, and where my parents used to purchase the husky clothing I needed as a child. Now it’s also where I found Cheap Ass Bath Towels.

Okay, they’re not called Cheap Ass Bath Towels, they’re actually labeled New Traditions Bath Collection and they’re exclusively sold at Sears. Anyway, the REGULAR PRICE for these towels was $2.99 for a bath towel and $2.49 for a hand towel.

However, with all really cheap items there will always be some shortcomings.

For example, the New Traditions Bath Towels are slightly smaller than other bath towels. It measures two feet in width and four feet in length. It’s width is about four inches less and it’s height is about six inches less than my roommate’s towel, which he got from the Superstore-Behemoth-Which-Must-Not-Be-Named.

If I was Shaquille O’Neal, the size of the towel would matter, but I’m roughly the size of Shaq’s leg, so it doesn’t matter to me.

Another thing about these towels is the fact they aren’t as thick as most towels. However, this helps the towel dry faster to prevent funky smells from forming.

If size doesn’t matter to you, I’d suggest the New Traditions Bath Towels. They are so cheap that it’s almost like you stole them from a hotel, from a homeless person, or off of Bob Dole’s Viagra induced wang.