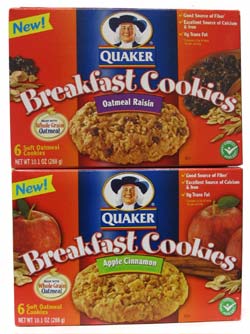 I’m not of big fan of the future, or its friends Miss Cleo and Dionne Warwick. They’ve disappointed me so many times, like at 12:01 a.m. on January 1, 2000 when everyone thought the world was going to end because of Y2K.

Just to let you know, I’m still eating the canned food I stocked up on back then and I’ve still got my looting gear, which consists of bricks to break windows, a black mask to hide my face, and a shopping cart to carry all the stuff I was going to steal.

I thought the future would bring us personal jet packs that would allow everyone to fly like birds, make it possible for short Asian people to dunk basketballs on regulation height rims, and give everyone the opportunity to join the Mile High Club. Instead we have the Segway personal transporter, which zips at a brisk 12.5 MPH and makes everyone who rides one look like a smug prick.

By now I thought there would be a MTV channel which plays ONLY music videos. For a while MTV2 filled that role, but quicker than you can say Wonder Showzen (which is frickin’ hilarious), but not as quick as I am to change the channel when The Andy Milonakis Show comes on, MTV2 began to focus less on music videos.

Finally, I hoped the future would bring breakfast pizza. I’m not talking about the leftover pizza sitting on the counter or in the fridge from last night’s swinger party you had. I’m talking about fresh pizza that I can order at 5:30 in the morning and have it delivered to my apartment within 30 minutes by some guy whose tip is going to be, “Here’s your tip. Don’t be a pizza delivery guy for the rest of your life.”

Instead, we have breakfast cookies to eat, which depending on your breakfast eating habits, is something totally new, a bowl of Cookie Crisp, or something you ate throughout college using Oreos and Chips Ahoy!

The breakfast cookies I’m talking about are the new Quaker Breakfast Cookies, which come in two flavors, Oatmeal Raisin and Apple Cinnamon. Despite its name, they’re more of a mid-morning snack instead of something that would be, as most cereal commercials say, “Part of a nutritious breakfast.”

They’re definitely healthier than regular cookies since they’re made with whole grain rolled oats and contain 5 grams of dietary fiber, 1.5 grams of saturated fat, zero grams of trans fat, and a whole bunch of vitamins and minerals. However, I don’t know if its healthiness quite makes up for its decent taste. I’ve never had an apple cinnamon cookie before, but I’ve had better tasting oatmeal raisin cookies than the Quaker Breakfast Cookies version.

I also gave a couple of cookies to my co-worker, who took a bite out of one of them, told me they were disgusting, threw away the uneaten portion, and then put me on her shit list.

Each soft and chewy cookie is about three inches to three and a half inches in diameter, which is a good size for a cookie, and they’re individually-wrapped, which makes it convenient for those people on the go, like those waking up the next morning after a swinger party on a workday.

(Editor’s Note: Thanks to the folks at Quaker and Fleishman-Hillard for sending me a couple of boxes of Quaker Breakfast Cookies. I predict that after reading this review they will never send me anything else ever again. Also, for more reviews of these cookies, go check out Bryan’s review at Cheap Eats and TG’s same-day thoughts at NYCE.)

Item: Quaker Breakfast Cookies
Price: FREE (Retails for $3.29)
Purchased at: Received free from Quaker
Rating: 6 out of 10
Pros: Healthy. Individually packed. Good size. Makes a good mid-morning snack. 5 grams of dietary fiber. Vitamins and minerals. Wonder Showzen. Breakfast pizza. Cookie Crisp. Might be good for swinger parties.
Cons: Not the greatest tasting cookies in the world. Not part of a nutritious breakfast. Not good for those who don’t like soft cookies. No music only MTV. No personal jet packs. Being on my co-worker’s shit list.