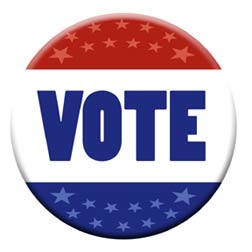 With it being Election Day here in the United States, I thought it would be awesometastic if I gave you readers the opportunity to vote for something here at the Impulsive Buy. I thought about doing a product election, which would’ve allowed you readers to vote for what I review next among a selection of five or six products.

Instead, I decided to do something a little bit more interesting.

Last week, Britney Spears’ favorite “hardcore rapper”/husband/baby batter provider Kevin Federline released his not-at-all-anticipated “rap album,” Playing With Fire. Now I would hate to contribute to the Kevin Federline Needs A Razor To Shave So He Doesn’t Look Like A Punkass Fund, but sometimes sacrifices need to be made in the name quasi-product reviews.

So what you’ll be voting for this Election Day is to determine whether or not you’re going to make me suffer by making me purchase and listen to Kevin Federline’s Playing With Fire. I’m pretty sure me listening to his “rap album” is going to end up winning in a landslide vote, but I’m curious to know how many of you want me to be miserable.

Now here are the voting procedures:

If you have compassion and don’t want me to review Playing With Fire, just leave a comment with this post with the sentence, “When Webster’s decides to add the word ‘wigger’ to its dictionary, they will put a picture of Kevin Federline next to its definition” or whatever you want to say to prevent me from reviewing it.

Voting will start immediately and will end at 12:00 a.m. (Hawaii Standard Time) on Wednesday, November 8th.

Now go vote, because I know you want me to squirm.

I’m Marvo and I approve this message.

56 thoughts to “Happy Election Day: Vote to Torture Me”