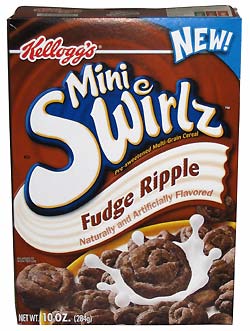 I grew up with cattle grazing in the pastureland behind my house. Looking back, I sometimes wonder how cattle ended up on Noah’s Arc, because they happen to be not very bright and very easily scared animals.

Sometimes, when I was bored of riding bikes, shooting hoops, or sneaking peeks at my friend’s hidden stash of Playboy, I would try to recreate scenes I saw on PBS nature shows. I would pretend to be either a wolf, tiger, crocodile, or rockstar groupie stalking its prey, which were the cattle.

However, I wasn’t very good with stalking prey, because as I approached the cattle, they would all quickly run away from me, like I was Celine Dion about to sing.

But then again, I did run towards them with my arms flying around in the air and yelling like I was Andy Dick on a cocaine binge. I think that would pretty much scare anything.

One day, while approaching some cattle, I unfortunately stepped on a land mine. Not a real land mine, although my town was a training area for the US Army during World War II, and I once did find a live grenade in the stream that separates my house from the pastureland.

To my friends and I, a land mine was pile of cattle poop, or otherwise known as a cowpie. The land mine I stepped on was unfortunately warm and fresh. I think the cattle were entertained by this, because some of the cattle mooed at me.

From that moment on, I stopped stalking cattle and turned my attention towards stalking Alyssa Milano.

So was there a point to this story? Not really, but a bowl Mini Swirlz Fudge Ripple cereal does look like a bunch of small cowpies.

Oh, they also look like Princess Leia’s hair buns. So that means all I need now is a gold bikini and a pre-Trimspa Anna Nicole Smith to play Jabba the Hut to recreate the skiff scene from Return of the Jedi.

Anyway, despite looking like small cowpies and Princess Leia’s hair buns, the Mini Swirlz Fudge Ripple cereal was good and I liked it better than the Mini Swirlz Cinnamon Bun version. Although I wish it was a little more fudgy and it made my milk fudgier.

Wait…Now that I think about it, a lot of the things I eat look like poop. Cocoa Puffs looks like rabbit poop, chocolate soft serve ice cream in a bowl looks like dog poop, and a Snickers bar looks like my poop.

â€¨(Editor’s Note: I just wanted to thank everyone for the anniversary congrats last week. As for the prize drawing, I hope to hold it sometime this week. I’ll keep you posted.)