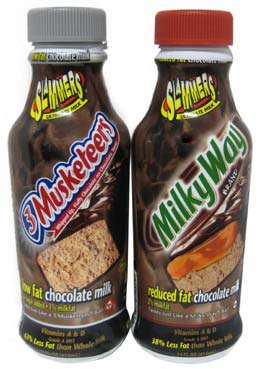 Copying, cloning, imitating…it seems so easy to do, because it is.

Xeroxing your ass at work, Dolly the Sheep, shitty boy bands, and the midterm exams of anyone who sat next to me in my physics, chemistry, and math classes in college are all examples of how easy it is to copy things. Although, I have to admit that I earned C’s and D’s in my physics, chemistry, and math classes, so I apparently sat next to the wrong people.

Sometimes copying is so easy that you can cut and paste a review from a quasi-product review blog, add your own lame comments, and then claim you wrote the whole damn thing by yourself.

(Editor’s Note: There was a link for the comment above, but I decided to remove it, since he admitted to it and apologized. To be honest, he actually seems like pretty decent guy. So all is good.)

Without copying, imitating, plagiarism and Cliff Notes, I probably wouldn’t have my English degree.

Now if it’s so easy copy things, why is it that these 3 Musketeers and Milky Way Slammers don’t really taste much like actual 3 Musketeers and Milky Way candy bars. I tested it by drinking a swig of a Slammers and then took a bite from the candy bar it was supposed to imitate. They both taste good as chocolate milks, but neither one came really close to tasting like their solid brethren.

It’s sort of like Tito Jackson not being able to match the success, weirdness, and child molestation charges of his brother Michael.

I don’t know about the Milky Way Slammers, but as for the 3 Musketeers Slammers, I think there’s only one reason why it doesn’t really taste like a 3 Musketeer candy bar.

The one thing that surprised me about both the 3 Musketeers and Milky Way Slammers is the fact that they don’t need to be refrigerated, despite containing milk. Of course, after you open it, it is necessary to refrigerate what you don’t drink.

I don’t know about you, but that’s scary AND exciting. It’s as scary and exciting as placing an ad in the “Curious” section of your local alternative newspaper.

(Editor’s Note: Thanks to Matt Freeman from Edelman for sending me the free samples. Oh yeah, TIB reviewed the Starburst Slammers last year. That one I didn’t get free.)

Item: 3 Musketeers & Milky Way Slammers
Price: FREE
Purchased at: Received from PR Firm
Rating: 6 out of 10
Pros: Tastes good as regular chocolate milk. Vitamins and minerals, but not really significant amounts. No child molesting for Tito Jackson. Despite it being made with milk, it doesn’t need to be refrigerated until after opening it or if you want it cold. Low and reduced fat.
Cons: Really doesn’t taste like the actual candy bars they’re named after. Everything Splenda is responsible for. Jacko. Placing an ad in the “Curious” section of your local alternative newspaper.