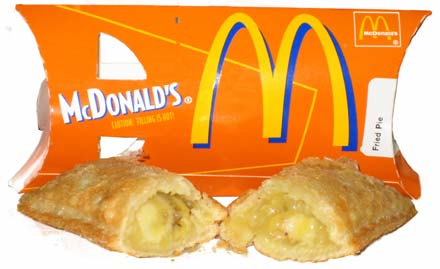 Thanks to people who make way more money that I do — the engineers and scientists who advance society — computers have gotten faster, cell phones have gotten smaller, hard drives have gotten larger, sex dolls have gotten more realistic (kind of SFW), and robots have come even closer to making human beings their slaves.

It doesn’t seem like it was too long ago when cell phones were the size of a concrete brick, gave off enough radiation to cook a hot dog, and to talk on it would cost about the same amount per minute as any 1-900 number found in the back of Juggs or Booty Magazine.

Today, cell phones can easily fit in a pocket, can play music, take scantily clad pictures of yourself to post on your MySpace or blog, and thanks to small wireless Bluetooth earpieces, they can also make you look like a crazy person talking to yourself.

Cell phones are a more recent technology, but even one of the pillars of home entertainment — the television — has seen dramatic improvement over the decades of its existence. When I was growing up, televisions came in black and white or color, screen were small, knobs were used to change channels, and PBS had Monty Python and occasional nudity.

Televisions today can come in sizes greater than 100 inches and show a vivid color picture in high-definition which allows you to see blades of grass blowing on a football field or the wrinkles on Larry King’s face that show the number of times he’s been married (It works much like how the rings in a tree can determine its age).

However, there has been one area in the fast food industry that hasn’t seen many technological advances — fast food pie technology. Over the years, the only change the McDonald’s Apple Pie has seen in its almost 40-year history was having the fried version replaced with a baked one in 1992. Although despite it being baked, along with Nick Nolte and Tara Reid, today’s McDonald’s Apple Pie is probably the only other thing in existence that is really baked, but looked fried.

Recently, other people who make way more money than me — chefs, nutritionists, and pieologists — have taken the apple out of the McDonald’s Apple Pie and replaced it with exotic fruits like, cherries, taro, and bananas.

Recently, I ate the McDonald’s Banana Pie, which was apparently available for a limited time at participating McDonald’s, because it doesn’t seem to be around anymore. From the outside it looked like a normal fried McDonald’s Apple Pie, but inside was the potassium-rich goodness of bananas, which is also the number one cause of accidents in cartoons.

The pie itself was good and sweet and the bananas inside weren’t mushy at all, but despite it being tasty, I don’t know if just replacing the fruit in a McDonald’s pie is enough of an advancement in fast food pie technology. I was hoping for a bigger pie, a pie that heats itself, or a pie that can make itself a la mode.