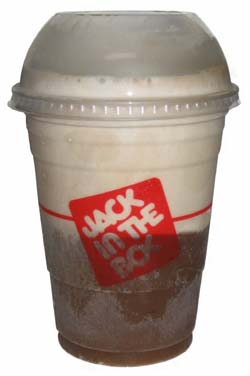 If you want to see a picture of prize drawing entries in a condom, click here (Warning: Possibly NSFW).

It’s a time when you can sit on your porch swing at night with a cold, tall glass of homemade lemonade and look at the constellations in the sky, listen to the crickets chirp, and bitch about how frickin’ hot it is.

It’s a time when the mercury in the thermometer rises straight up, like it’s just taken a couple of Viagra. It’s so hot, even Kevin Federline sweats while sitting on the couch and staring at the television all day.

To beat the heat, there are many things we could do.

For example, we could play with a Slip ‘N’ Slide. It’s a great way to cool down, except when you get caught by your neighbors for using their water spigot or when you get chafed nipples from all the sliding.

Another great way to cool down would be to go to the beach or swimming pool, which are crowded this time of year. You can get instant cooling satisfaction by jumping into the water. Of course, this is great until you hit a warm spot in the water, which makes you wonder if it’s warm because of the sun or because all the little kids are peeing in the water.

Perhaps the best way to cool down, without fear of chafed nipples or little kids peeing in the water, is to drink something cold. Fortunately, Jack in the Box has brought out Jack’s Root Beer Float, made with Barq’s Root Beer and “real vanilla ice cream.”

Why is “real vanilla ice cream” in quotes?

You’ll read why later, but it’s sort of like the reason why “straight” is always in quotes when people write about Tom Cruise.

Recently, it’s been getting into the low 90s, and I’ve been feeling the heat. I would’ve brought out the Slip ‘N’ Slide, but my nipples were chafed from (insert your imagination here). Instead, I decided to drive to the nearest Jack in the Box and pick up their Root Beer Float.

I decided to use the drive-thru, because I ain’t steppin’ outside.

When I got to the drive-thru window, I could see them making my Root Beer Float. First, they put in the “real vanilla ice cream,” which unfortunately was the sort of fake, comes-in-a-bag soft-serve vanilla ice cream. It’s the same stuff Jack in the Box uses for their milkshakes, which isn’t very dense, so it melts pretty quickly and it’s smarter than me.

Next they added the root beer, which thankfully was Barq’s Root Beer, one of my favorites.

When I received it, the ice cream remained at the bottom, which, if you’re familiar with root beer floats, was where it shouldn’t have been. After flicking the cup a couple of times, the ice cream quickly rose to the top, proving once again the saying, “Cream always rises to the top, except when the creme is used to get rid of zits or herpes.”

After drinking the Jack in the Box Root Beer Float, I have to say that I wasn’t very impressed with it. It was decent, but anyone could make a better one at home.

Plus, they didn’t even give me a frickin’ spoon.

31 thoughts to “Jack in the Box Root Beer Float”