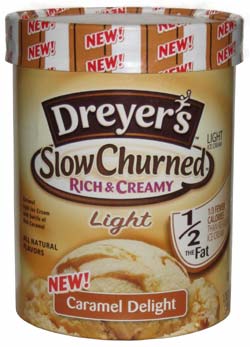 Ice cream is one of the best comfort foods.

Since it’s cool, creamy, and delicious, it’s supposed to help people forget all of their troubles. It’s much like alcohol and Calgon, except without the hangovers and prune fingers.

Ice cream has helped me on several occasions.

Damn you, The Crying Game! Damn you!

Another time ice cream helped me was when I was with a couple of friends and we were hiking along the coastline and we came upon a private nude beach. I saw a lot of T and A, but unfortunately, it was only 60-year-old T and A. But what made it worse was that there were also many 60-year-old floppy schlongs.

This was bad because I had images of dancing 60-year-old boobs and schlongs in my head for the rest of the hike. When we got back from the hike, it took four ice cream sandwiches to help me forget about those images.

Now the problem with using ice cream to help me forget about my troubles is the fact that I have a lot of troubles, like running into ex-girlfriends, hearing Clay Aiken sing, possibly being molested by a drunk Tara Reid, hearing the Usher song “Yeah!” for the umpteenth time, and older white folks saying “bling bling.”

Because I have a lot of troubles, I eat a lot of ice cream, which means I’m possibly committing one of the Seven Deadly Sins: Gluttony.

If only someone would come out with an ice cream with all the flavor, but without the need to make frantic calls to Jenny Craig, like I’m Kirstie Alley.

Thanks to Impulsive Buy readers Kent and Jobetta, I think I may have found that ice cream, Dreyer’s Slow Churned Light. It has half the fat and one-third fewer calories than regular ice cream.

The Dreyer’s Slow Churned Light Caramel Delight I bought was surprisingly really good. The caramel flavor seemed to have permeated through the ice cream because it was in every spoonful, even when there weren’t any caramel swirls.

(Holy crap! Did I just use the word “permeated?” That’s such a big word for me. I’m so happy! My vocabulary is still growing!)

Overall, it’s the best light ice cream I’ve ever tasted. It’s creamy, rich, delicious, healthier than regular ice cream, and will help me cope when someone sees my ass crack when I go commando in my low cut jeans.