Whenever something comes back from the dead and rises out of its grave, I usually expect flesh-eating zombies or a new Tupac Shakur album.

However, this time around what came back from the dead was a citrus soda called Surge, which now has the witness protection agency-like name of Vault. After Surge was killed off, there was a movement to bring back Surge, and Vault was the result of it.

It’s Coke’s answer to the ever popular, totally xtreme, and Yellow No. 5 containing Mountain Dew. As someone who has done the dew way too many times, I noticed that there are some minor similarities between Vault and Mountain Dew.

1. They both come in the same green that the radioactive rod shown during the opening of the Simpsons comes in.

2. They are both citrusy. Although, Vault does have a better citrus taste, which sort of reminded me of a Sprite.

That’s pretty much it for the similarities.

On the other hand, the differences between the two are pretty significant.

1. I felt Vault was easier to drink than Mountain Dew, because it doesn’t have the same bite as Mountain Dew. However, it’s not as easy to drink as Vault’s clear, caffeine-free, wussy-ass, and 7-Up wannabe cousin, Sprite.

2. Vault has more caffeine than Mountain Dew. A 12-ounce serving of Vault contains 70.5 milligrams of caffeine, while Mountain Dew has 55 milligrams per 12-ounce serving. It may not seem like much, but that difference could mean being able to stay up to watch the ENTIRE unedited Lord of the Rings trilogy or just the edited-for-TV version of the Fellowship of the Ring. 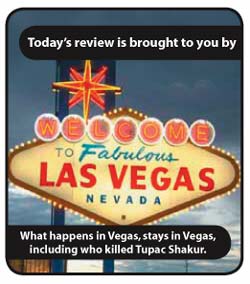 So which one do I prefer? It’s hard to choose one because I really like them both. It’s sort of like choosing cute kittens at kittenwar dot com.

However, due to the bite of Mountain Dew, I would probably drink one if I needed a slap-to-the-balls-type of wake up. However, if I wanted something easier to drink and with more caffeine, I would do the Vault.

Although, I probably could get the same slap-to-the-balls feeling with the Vault, if I slapped my balls with a Vault bottle.

(Editor’s Note: Thanks to Alena, Rob, and Damien for suggesting Surge…Er, I mean Vault to review.)

Item: Vault
Purchase Price: 89 cents (20-ounce)
Rating: 4 out of 5
Pros: Easier to drink than Mountain Dew. Good citrus taste. 70.5 milligrams of sweet, sweet caffeine in every 12-ounce serving. New Tupac albums after his death. Kittenwar.com
Cons: Its green color reminds me of the radioactive rod shown during the Simpsons intro. A slap to the balls. Flesh-eating zombies.