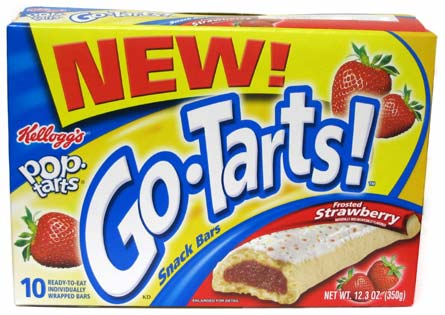 You don’t see Post or General Mills pulling this kind of stuff.

Actually, it’s something I should’ve expected from you, Kellogg’s, after all you do have Honey Smacks, which has a frog that suggests I dig ’em. I don’t know about you, but a cereal that encourages me to smack some honeys sounds like a very misogynous cereal.

How can you make fun of the mentally challenged? Each day these people make contributions to society just like the rest of us. Sure, they don’t make contributions that involve feeding the hungry, offering shelter to the homeless, or whatever Angelina Jolie does in third world countries and what they do may seem very odd to the rest of us, but they are people just like you and me.

Also, there’s magician David Blaine. Actually, I didn’t want to add the “magician” to his name, because in reality he doesn’t do any amazing feats of “magic.”

All he does is spend large amounts of time in shapes, like a box suspended in air, a block of ice, and a sphere of water. Unfortunately for him, being mentally challenged doesn’t allow him to realize that there are people every day who spend hours in high-rise boxes. They’re called office cubicle workers.

Just because they play with members of the animal kingdom that could possibly kill them, eat bugs for television, do “magic” tricks, or star in movies that get shown on HBO at 2 a.m., doesn’t give you the right to call them Tards, Kellogg’s.

My bad. I guess I might be mentally challenged too.