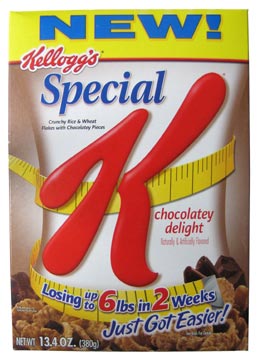 As a matter of fact, if I was chocolate coated…again, I would be ten times more attractive than I am now, which actually isn’t saying much, because I would be as attractive as Casey Affleck’s older and more popular brother, Ben Affleck…with a goatee.

Of course, the women who found me attractive would only like me for my chocolate coating and not what’s beyond it. Because once the chocolate coating is gone, it’s just me, my heart, my soul, my being, my hopes, my dreams, my memories, my fears and my naked body, which isn’t very attractive.

Chocolate is powerful stuff. It has calming properties whenever you see a pale and nauseating naked body like mine. Eating it helps release serotonin in the brain, which produces feelings of pleasure. Dark chocolate contains flavonoids, which is an antioxidant that helps maintain a healthy heart. Excessive amounts of it make people fat. Some people also consider chocolate to be an aphrodisiac, although I do believe that there isn’t any amount of chocolate that would make a woman even think about making some sweet, sweet lovin’ with me.

Chocolate even has the power to turn a totally un-special, bland and shitty cereal into one of my new favorites. The new Kellogg’s Special K Chocolatey Delight is full of bland and shitty rice and wheat flakes with “chocolatey pieces.”

Note the quotation marks, because I don’t know if sugar, partially hydrogenated palm kernel oil, cocoa processed with alkali, cocoa, soy lecithin, artificial flavor, and milk equals chocolate, but according to the ingredients on the box that’s what the chocolatey chunks are made out of. Perhaps a candy expert can help us with ingredients mumbo jumbo? 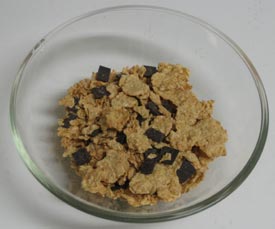 I don’t know how you women do it, but those abilities are probably the reasons why you’re the superior gender, except for those of you who end up on reality TV or any talk show that has topics like, “I Have Something to Tell You: I’m Pregnant, But It’s Not Yours” or “I Don’t Know Which Brother is My Baby’s Father.”

The flat chocolatey chunks in the new Kellogg’s Special K Chocolatey Delight cereal make it the BEST SPECIAL K CEREAL EVER, but most importantly it makes those bland and shitty rice and wheat flakes taste so much better and gives the cereal a mild chocolatey taste. Although just like regular Special K, the flakes get mushy quicker than I do while reading a Hallmark greeting card.

Almost every spoonful I took had a chocolatey piece in it. I don’t know how many chocolatey pieces are in each box, but there was A LOT. Although, it shouldn’t be surprising since it’s from Kellogg’s, the only company with the cojones to brag about the two scoops of raisins in their Raisin Bran. Despite the amount of chocolatey pieces, they don’t make the cereal taste very sweet, which is good as I wean myself away from Count Chocula.

The chocolatey pieces also don’t make the Kellogg’s Special K Chocolatey Delight significantly less healthy than regular Special K. One serving with skim milk has 160 calories, two grams of fat, no cholesterol, 75 milligrams of potassium, 25 grams of carbs, one gram of dietary fiber, nine grams of sugar, two grams of protein, a whole lot of vitamins and minerals, and for single men, 100 milligrams of embarrassment for having a box of Special K in their cart.

Unfortunately, not even chocolate can make up for that embarrassment.